Home > Articles > Give Your Spouse Space 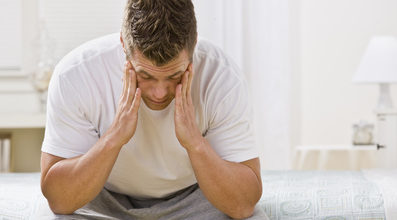 Marriage Monday Tip 20: Women: In a conflict, give him time to process before talking

It is one of the most frustrating and insecure things we women go through: when we are in an emotional conflict with our man and most want him to talk to us and give us some reassurance…. he most needs space! Just when we are desperate for a hug, he is desperate to escape to his man cave. Sure, our need to talk things through is totally legitimate… but so, it turns out, is his need to get some time to process. And if we can honor his need, he’ll be much better able to honor ours.

Here’s a bit of background. It turns out that a man’s brain is wired to process things totally differently than ours. With most men, they need time to process what they are thinking and feeling before they can talk about it. And this is especially the case when emotion is swirling around. Where our female brain wiring is designed to think something through by talking it through, guys are the opposite. They are wired for deep, focused, one-thing-at-a-time internal processing before being able to talk about it.

In fact, in all my surveys for For Women Only, at least seven out of ten men said that during a conflict, when emotions are running high, they have a sort of “deer in the headlights” feeling. Because they aren’t wired to easily process thoughts and feelings at the same time, all that emotion “furs up the gears” (as one man put it). I know it sounds odd to us, but in those situations they don’t even know what they are thinking yet – much less know how to talk about it! So they feel a desperate need to get some distance in order to can figure it out.

Instead, due to his brain wiring, he probably doesn’t know yet what he’s thinking and feeling, or how to talk about it – and the only way to figure all that out is to physically get some space and time to process it all. (Many guys told me they also pull away because they want to be sure they don’t say something hurtful in the heat of the moment!)

In other words, if your husband is like most other guys, he pulls away not because he doesn’t care, but so that he can talk about it later.

I’ll bet you have seen this in action, without realizing it. Can you think of an example when you two had an argument, say, in the evening, and he needed space… but then the next morning over breakfast he was able to talk about it? Ring any bells? Well, this is probably exactly what was going on. So give it a try: the next time you most want to grasp for communication and reassurance, be willing to step back and ask “would it help to wait until tomorrow to talk about this?”

Yes, our need for reassurance, a hug, and to hear “we’re okay” is legitimate. (More on that in this article for the guys.) We are wired to need to talk things through. We crave communication. But if we can take a deep breath and give our man that bit of space that he needs, we are far more likely to get all those things we need as well.

Join us next Monday for the next in our Marriage Monday series, as we let men in on the secret of how to listen to their wife in the way that makes her feel listened to.

Drawn from Chapter 4 of For Women Only, by Shaunti Feldhahn.

Shaunti Feldhahn is the best-selling author of eye-opening, research-based books about men, women and relationships, including For Women Only, For Men Only, The Surprising Secrets of Highly Happy Marriages and her newest, The Good News About Marriage (now through June 30, buy a copy of Good News from your favorite retailer, and receive an additional copy FREE from Multnomah Books – up to 100 copies!). A Harvard-trained social researcher and speaker, her ﬁndings are regularly featured in media as diverse as The Today Show, Focus on the Family, and the New York Times. Shaunti speaks regularly at churches, conferences, and corporate events. (Inquire about Shaunti speaking, or visit www.shaunti.com for more.)

Welcome to Marriage Mondays! Each Monday, join us here in the Book Corner as I share my top findings on the little, eye-opening things that make a big difference in creating great marriages and relationships. Today’s post is one of a series on the surprising truths that men and women tend not to know about each other–and which change everything once we do.