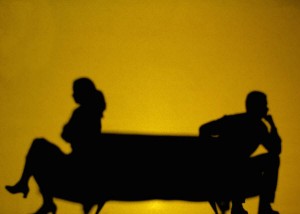 Author note: This is one of a series giving a sneak peek into what I discovered about what makes happy marriages so happy!  After years of nationally-representative research with more than 1,000 couples, I reveal the twelve most important little habits in The Surprising Secrets of Highly Happy Marriages: The Little Things That Make a Big Difference.  See www.surprisingsecrets.com for more!

Think back to a time when you did something out of overwhelming emotion and it ended badly. Everyone has one of these stories. Or twenty.

Maybe you were seething because your good friend was 30 minutes late to pick you up – again – and you gave into the temptation to say some really hurtful things.  It’s off your chest: but now your friend isn’t returning your calls.

Or maybe it’s even more serious: Maybe you battled a drinking problem in the past, and last week after a long, stressful day at work, you convinced yourself that you deserved “just one”…but now you’re struggling with your addiction again.

We all know what it’s like to follow our feelings, only to have them lead us astray.  Letting negative emotion rule how you respond to things can even have life-shattering consequences and produce far more painful feelings than you started with.

Well, thankfully, it works the other way around, too!  The Highly Happy couples I surveyed for my book, The Surprising Secrets of Highly Happy Marriages, were happy, in part, because they had learned to not simply “exercise control” over the nasty feelings – they had actually learned how to change those feelings and talk themselves out of being mad!

Don’t worry; this isn’t as complicated as it sounds! Let me give you an example.

Guys, say you’ve been working extra hours all week and you ask your wife to record the game for you so you can watch it over the weekend. Even though you asked her to record it several times, you arrive home only to discover that she completely forgot about it.

You’re angry – furious, if we’re being honest – but even as the smoke starts billowing out of your ears, you remember…this is the same woman who always cooks you dinner, makes sure the kids’ homework is done, stays on top of the laundry… And the more you think about it, the more you realize what a minor issue the game is. You actually have a pretty amazing wife.

That’s what I mean by “you can change your feelings.” And if you want to be happy in your marriage, learning this skill is vital.  When you get bothered, you can re-direct that negative train of thought.  In fact, unlike most other couples, two-thirds of the highly happy couples on my survey forced themselves to stop that sort of negative train of thought before they even got too bothered to begin with.

The key was to stop focusing on and thinking about the things that annoyed or hurt them, and forcing themselves to remember and dwell on some positive things instead. Many of these couples said it didn’t come naturally at first – but once they got used to redirecting their feelings (and seeing the results!) it became as much of a habit as brushing their teeth in the morning.  And everyone benefited.

It turns out that our feelings actually follow our actions, not the other way around! That is an encouraging thought because it means we are in charge, and not our crazy emotions. If we want to feel better about a situation, we can refuse to dwell on our negative feelings and rehearse the positive that is always there somewhere. (Even if the steam coming out of our ears makes it difficult to remember it sometimes!)

In fact, let’s be honest with ourselves.  Either direction our thoughts go (dwelling on the negative or the positive) is a choice, right?  And there’s a great passage in the Bible – in the letter that the Apostle Paul wrote to the ancient city of Philippi — that tells us which choice to make:  “Whatever is true, whatever is noble, whatever is right, whatever is pure, whatever is lovely, whatever is admirable—if anything is excellent or praiseworthy—think about such things.… And the God of peace will be with you.”

God isn’t just trying to distract us from the annoyances of life. He created us with the ability to change our feelings by willfully changing our minds. So, the next time you’re frustrated with your mate, refuse to let those feelings control you and think about whatever is praiseworthy about your spouse instead.  You’ll be amazed at how your feelings change!

From Chapter 5 of The Surprising Secrets of Highly Happy Marriages, by Shaunti Feldhahn.