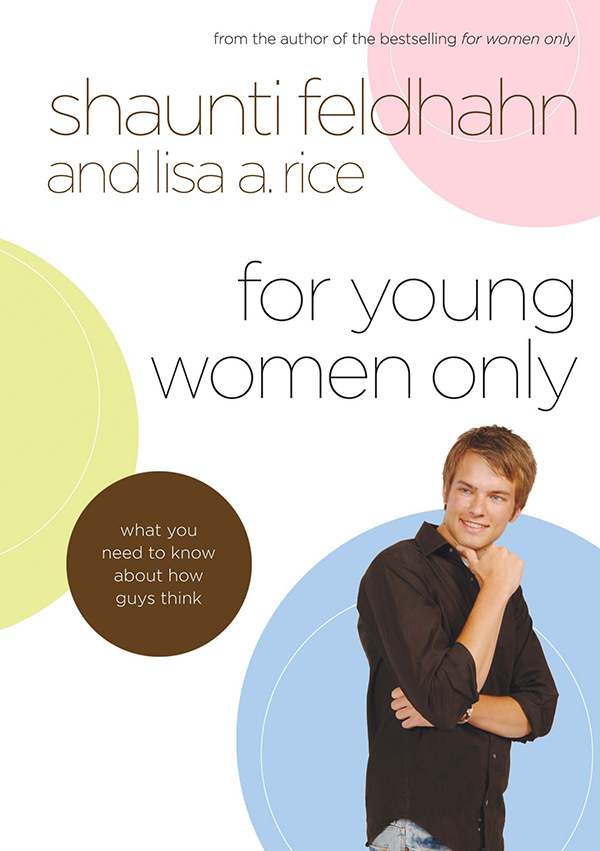 For Young Women Only

Guys will be guys. And now girls can know what that means! For Young Women Only dives into the mysterious inner-workings of the teenage male mind so that you can begin to understand why guys say and do what they do. Exploring critical topics including respect, insecurity, appearance, physical affection, and the “tough and tender”-ness of guys, this book is also packed with “ask the expert” sections, quotes, and fun personal stories from guys in all walks of life. Why is he so visually stimulated? You may wish it weren’t so, but that won’t make it so. I don’t want to put on a front for him to like me. Actually, he wants your genuineness, too! This book will help you grasp how God wired the opposite sex so you can enjoy your relationships with them.

“My teenage daughter really needs to hear this!” Such was the typical reaction from countless men and women who read Shaunti Feldhahn ’s bestselling For Women Only.“If forty-year-old women are surprised by the truth about how men think, we realized the value in helping teenagers discover these realities as well,” says Shaunti. Teaming with her best friend Lisa Rice, a mother of teen girls and the coauthor of For Women Only Discussion Guide, they launched a major national survey of guys fifteen to twenty. Their surprising findings are revealed here to help girls improve their relationships with the opposite sex, now and into the future.

What One Student Has to Say

I was given a list of books to read for school in my Christian Bible class and told to choose one. When I went to the bookstore they only had “For Young Women Only” off of my list so naturally, I bought it. I am not a reader or any sort of bookworm but I sat down planning to read only a chapter or two when a couple hours later I had finished the book. I expected the usual “don’t have sex because you’ll get diseases” talk but instead you really spoke to my heart. The thing about “For Young Women Only” is that instead of talking AT us (teenage girls), you talked TO us. I even tested out some of my knowledge by telling a few of my guy friends about themselves and all three of their responses were “How did you know that?” “That is so true I wish more girls new that..”. Saving sex isn’t all about a spiritual sacrifice but also a physical sacrifice. Don’t save sex because your parents tell you to, but instead save sex for God, yourself, and your future spouse. Thank you so much for sharing your wisdom and I do plan to share your book and use your knowledge in my future.  High School Senior, age 17, Fort Worth, Texas)