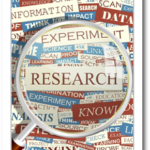 The research for The Good News About Marriage started without us actually realizing it. In 2006 I was a nationally syndicated newspaper columnist writing a routine piece about marriage and divorce. I wanted to accurately cite the numbers – which I assumed were around 50% — but my senior researcher, Tally Whitehead, and I were soon very confused by contradictory statistics. What is the stupid divorce rate? I thought. It can’t be this difficult. In the end, a question we originally expected to answer in two minutes, took eight years of investigation to unravel.

We felt a bit like Indiana Jones as we ventured into the deep jungle of complex statistical projections, completely contradictory numbers, and confusing articles by big-brained demographers in search of great treasure: the truth that surely had to be in there somewhere.

This journey of endless digging involved a rigorous focus on finding and reviewing source material rather than the news reports or summaries about the source material. This arena is so complicated and hard to understand that it is not surprising that someone writing a newspaper article (as I had been) would eventually run out of time, analyze just one angle and miss another. It is also so complex that many articles, blogs and magazine pieces gravitated toward grabbing a simple answer that looked official and reposting it… without ever realizing (as we originally didn’t!) that some of those cites and sources were more urban legend than reality.

So our goal in this book was to find and examine the actual studies and talk to the actual researchers. We did deep dives into books, think tank web sites, and academic journal articles. We called organizations like the Census Bureau and various university centers many times, to ask questions on their surveys, investigate their methodology, or confirm quotes. Tally emailed or called many professors on their research. (See the list of those we consulted with here. ) Thankfully, Tally’s local library is linked with the state university system, so she spent many long hours there hunting through the academic journals and many other published studies, reserving college textbooks, and checking out the mainstream marriage books.

Along the way, we kept unearthing encouraging facts not just about the divorce rate but about marriage overall. Facts we felt urgently needed to come to light. Yes, we also saw plenty of very real concerns. And we quickly found that this field is so complicated, there is often no way to nail down one “right” answer.   But we felt that as long as we were extremely rigorous in our efforts to be accurate and clear, we could get a lot closer than the often inaccurate and discouraging conventional wisdom, to bring balance to the national conversation and encourage individual marriages